Posted on April 14th, by protege_janelle in games. Comments Off

Armor Valley combines the thrill of a fast-paced Shooter with the intrigue of a Real-Time Strategy.

In a futuristic world engulfed in war and terror, you have been chosen to command the forces of the Federation to maintain global peace. But for the very first time in the history of commanders, you chose to fight alongside your men on the battle frontier. As an ace pilot, you have been granted control of the most advanced aircraft of the Federation – the versatile SilverHawk, the destructive Hellfire, and the supersonic Stormbolt. Rip through the skies in one of these aircraft, taking out waves of enemy battalions while carrying out tactical maneuvers, such as capturing Defensive Positions and War Theft. Ensure victory by deploying your ground forces into the battlefield, sending convoys of Battle Tanks and Missile Launchers. 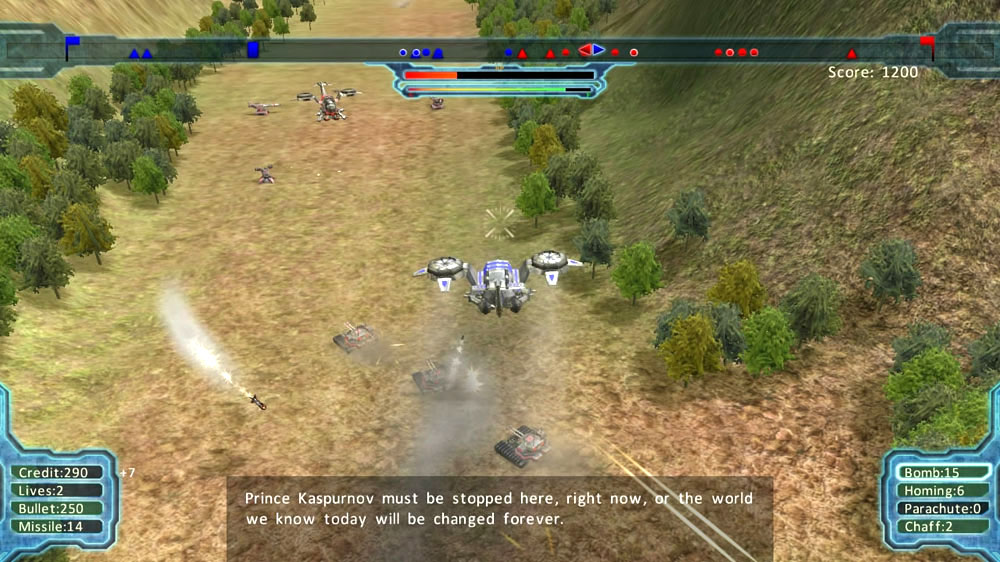